Prof. Dr. Magdalena Michalak, together with Prof. Dr. Marion Döll (PH Upper Austria), has launched a new series of publications on “German as a Second Language – Positions, Perspectives, Potentials”. The new series aims to highlight the challenges and potential of German as a second language and to present the current discourse in the field from several perspectives. “German as a second language is a very interdisciplinary subject area and this is exactly what we want to make clear with the new series of publications,” explains Professor Michalak, Chair of Didactics of German as a Second Language (Deutsch als Zweitsprache, DaZ). “In addition to linguistic and language didactic approaches, we also take up the migration pedagogical perspective. In this way we want to discuss different facets of our field of work. This is a new approach that has never been done before. 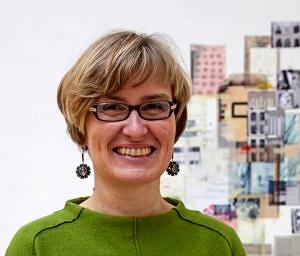 The first volume, “Vom Sprachkurs Deutsch als Zweitsprache zum Regelunterricht: Übergänge bewältigen, ermöglichen, gestalten” (From German as a Second Language Course to Standard Tuition: Mastering, Enabling, Shaping Transitions) by Monika Angela Budde and Franziska Prüsmann was recently published by Waxmann Verlag. As the title suggests, this edition deals with the linguistic, content-related and organisational transitions in the course of life and schooling that are important for teachers and learners of German as a second language. The articles within this volume show under which conditions school carreers (Übergänge) in the context of German as a second language are successful and when they present a challenge. Professor Michalak’s own contribution, for example, focuses on transitions in Realschule and shows the perspective of those who have entered the school, as well as that of the teachers.

The book is available from Waxmann Verlag.